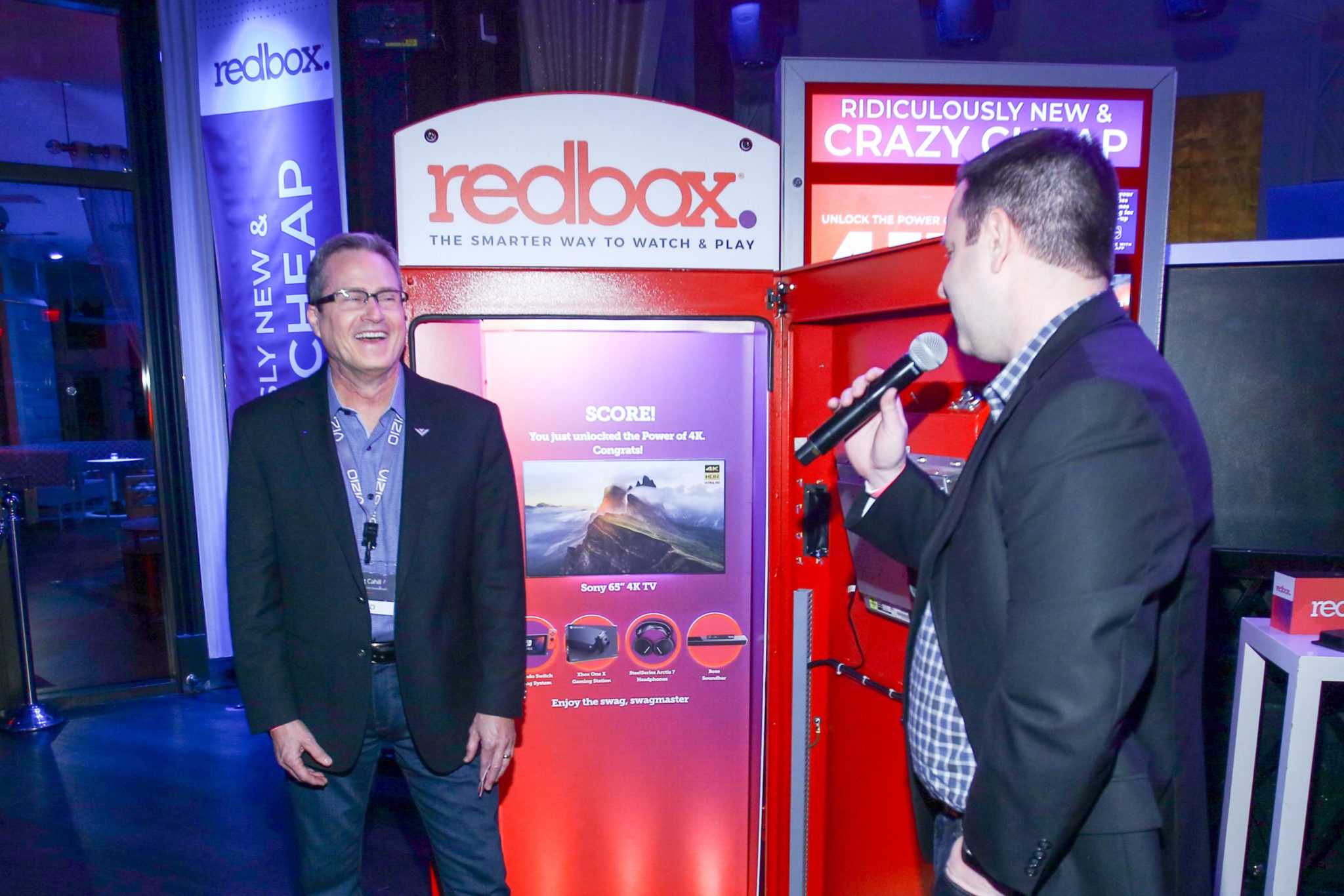 Four hundred industry attendees battled heavy rain, rescheduled flights and CES traffic to pack Intrigue nightclub at The Wynn Tuesday night for  DEG’s annual Reception at CES. Once there, they applauded an unusually speedy presentation of DEG Achievement Award winners and saw one of their own dramatically win a state-of-the-art 4K home entertainment center from reception sponsor Redbox.

DEG President & CEO Amy Jo Smith drew waves of knowing laughter when she got an assist with her annual reception address from a professional “speed talker,” who zoomed through the award winners recap and sponsor thank yous in an attempt to keep the fleeting attention of the highly social crowd.

The reception itself  put 4K UHD products and content front and center, with reception sponsor Redbox celebrating its plans to test 4K content at kiosks in 2018 by presenting one reception guest with the ultimate 4K home entertainment center, including a Sony BRAVIA OLED 4K HDR TV, winner of the DEG: Excellence in 4K UHD Product Award; a gaming system; and peripherals including a sound bar and gaming headset. All attendees prior to the drawing received a chance to win the grand prize, which was presented during the reception by Redbox CEO Galen Smith.

The evenings highlights, in photos: 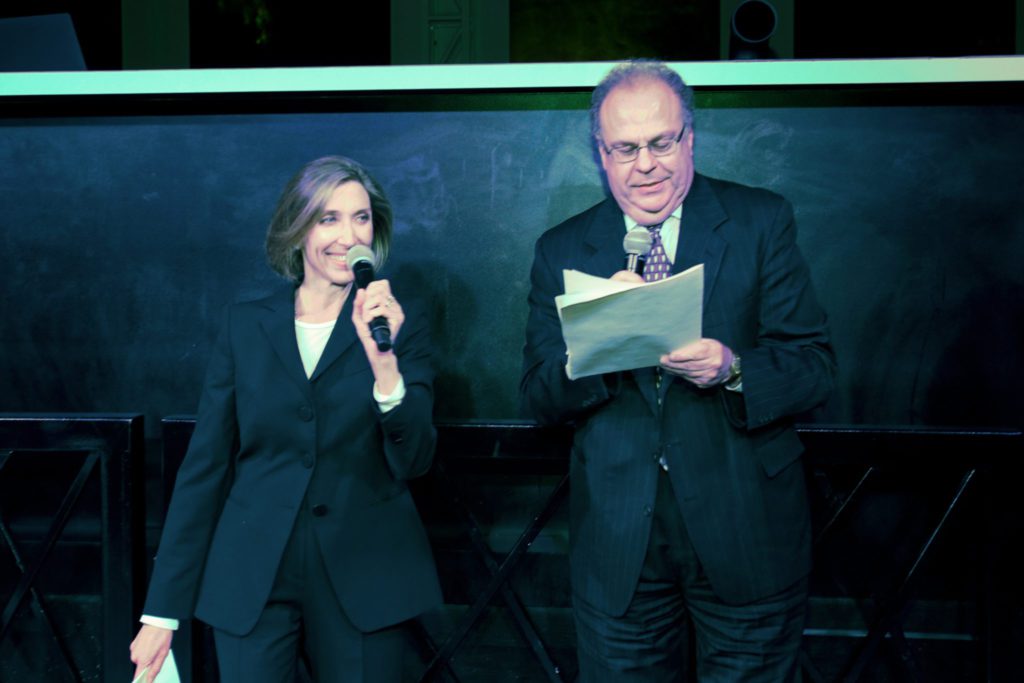 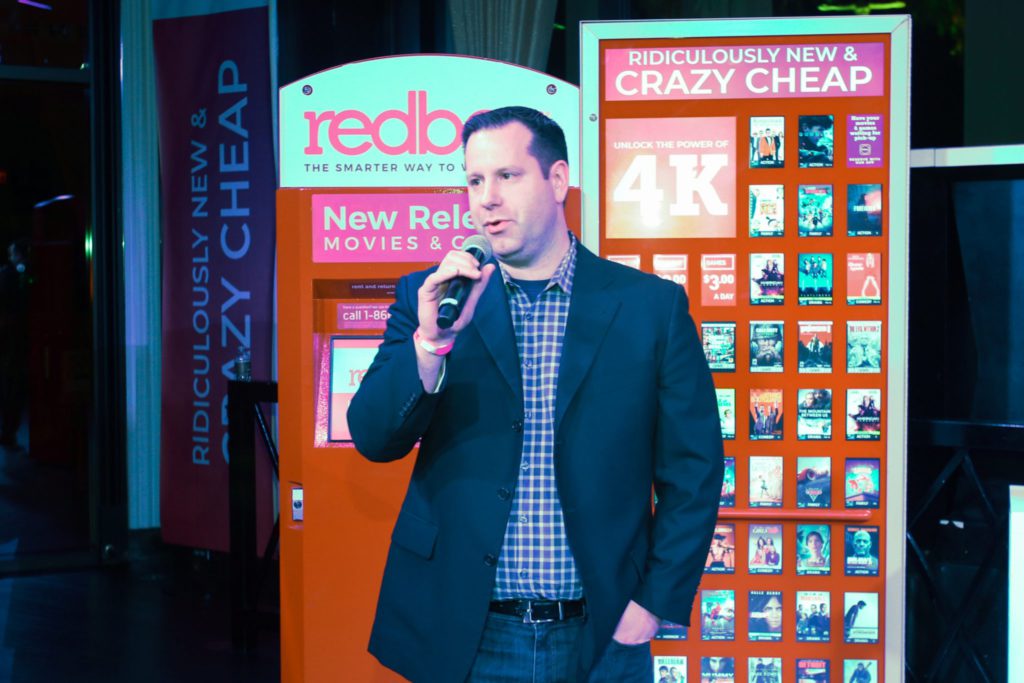 Redbox ‘s Galen Smith  explained the evening’s fun. Redbox handed out numbered promo codes to all party attendees as they entered, then called the holders of five numbers drawn at random to the stage. Each of the five had a chance to fit a key into the Redbox kiosk. The holder of the key that opened the kiosk won the 4K home entertainment center.  (top) Vizio’s Craig Cahill (l.) was the big winner! 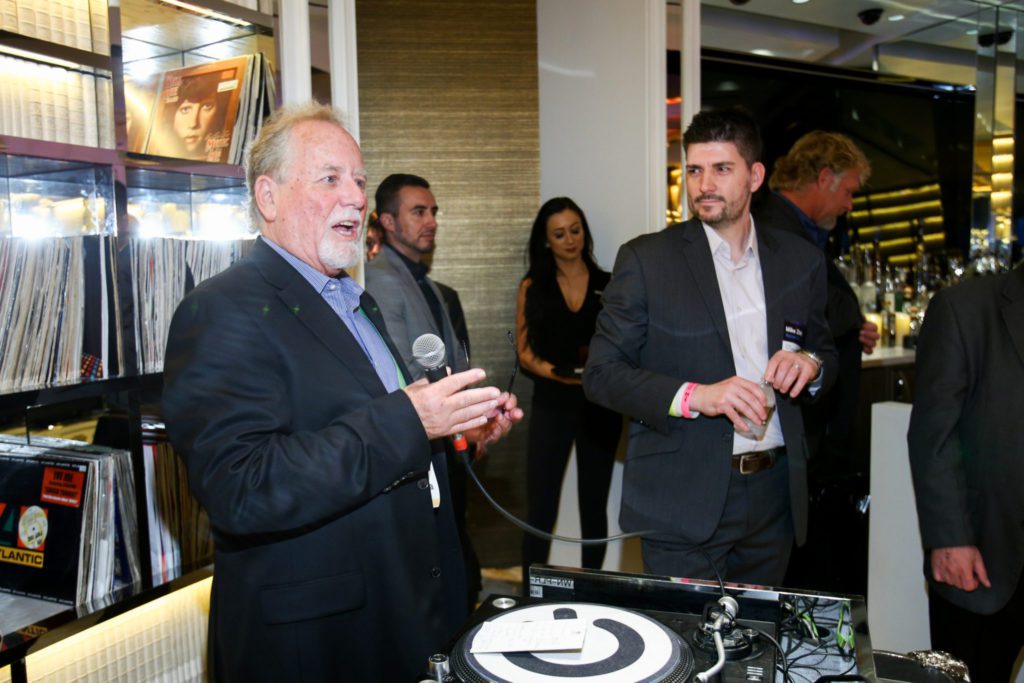 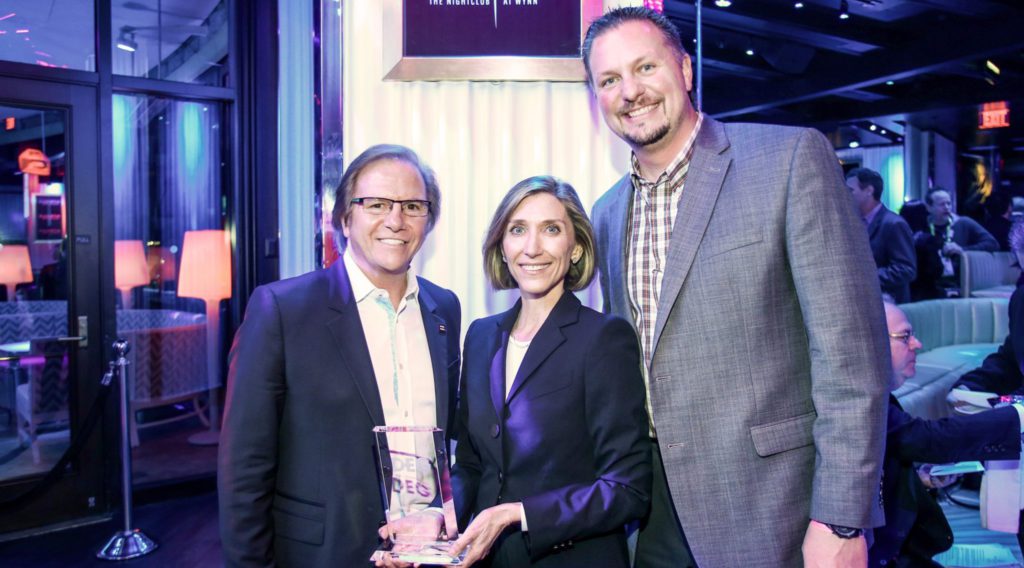 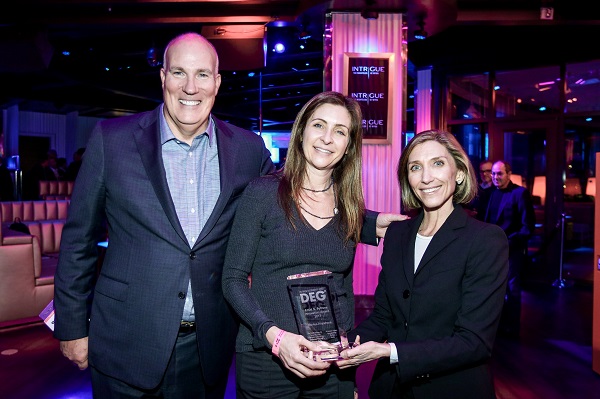 The DEG: Emiel N. Petrone Award for Innovation in Entertainment Technology won by Movies Anywhere was accepted by MA’s Karin Gilford (c.) and Fox’s Mike Dunn, who is also Chair of DEG. 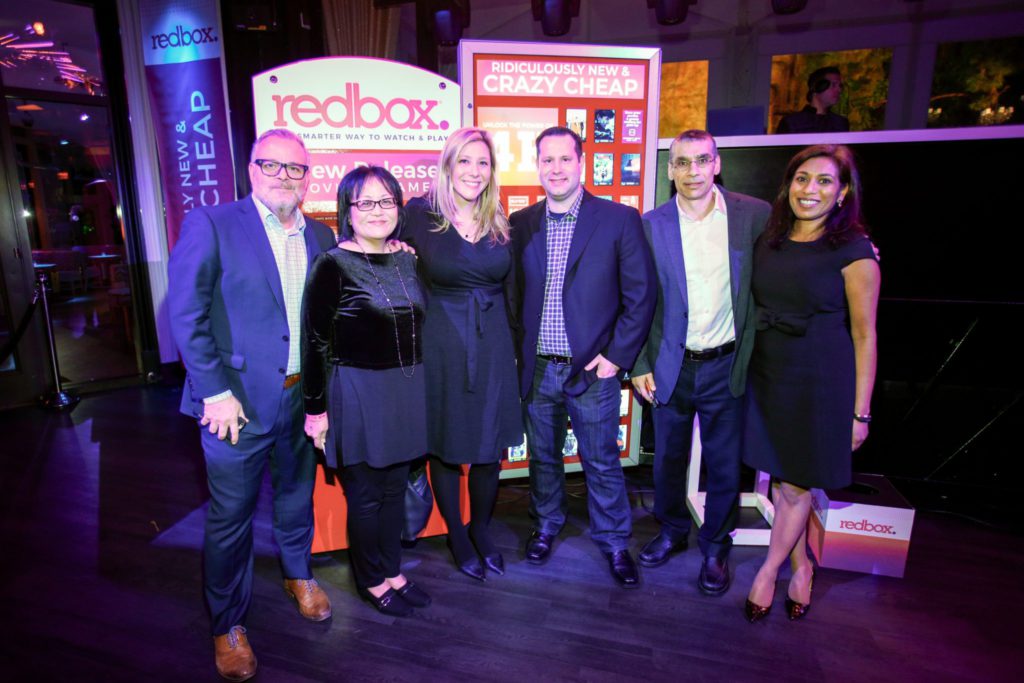 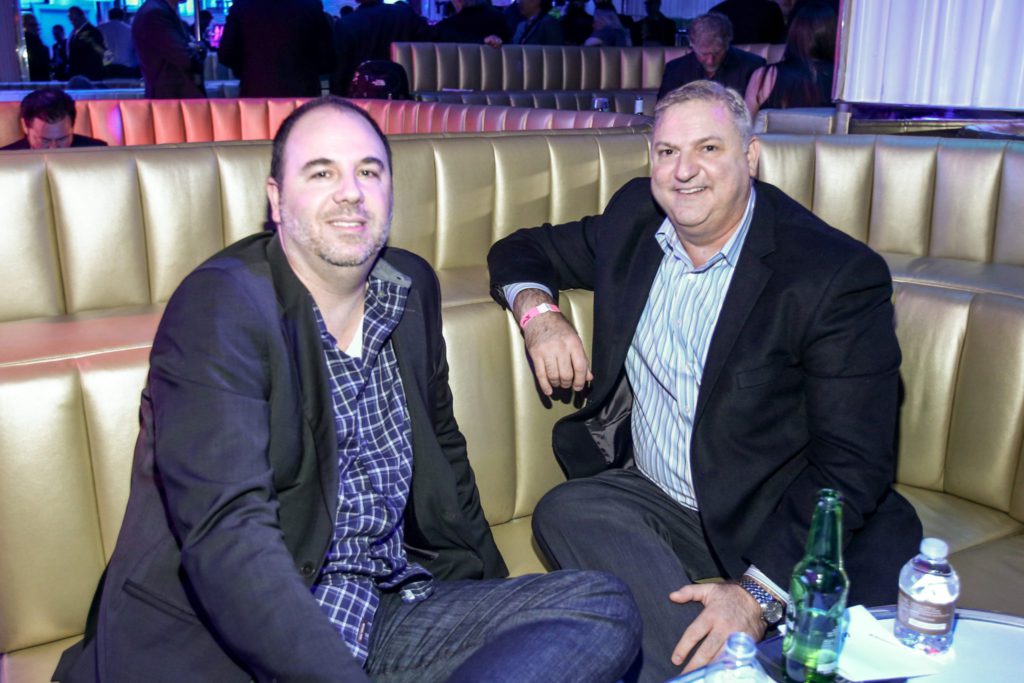 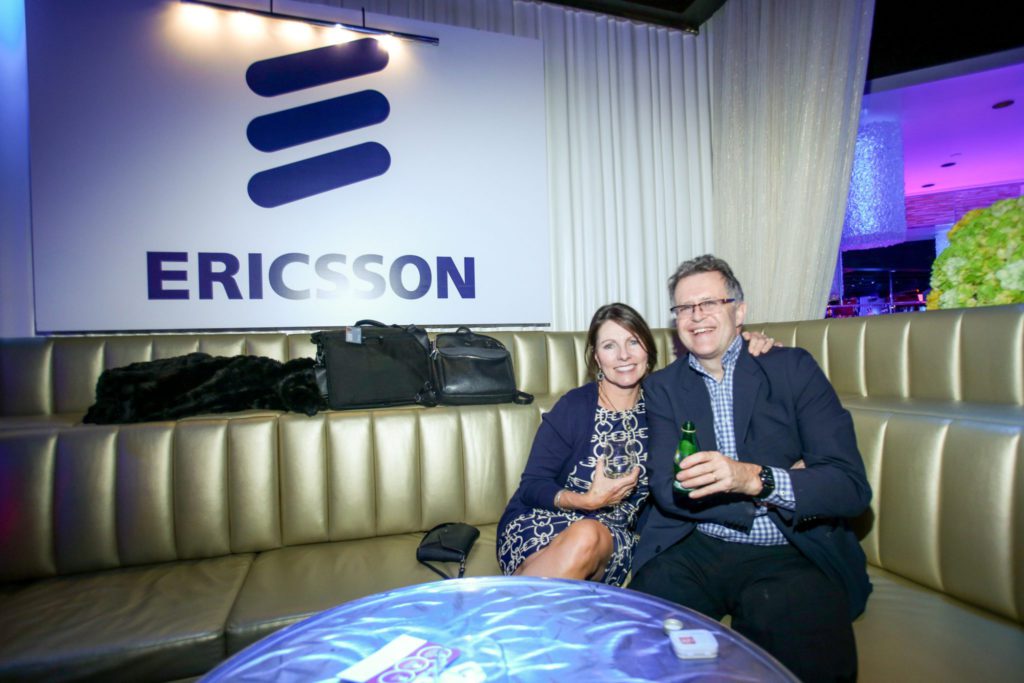