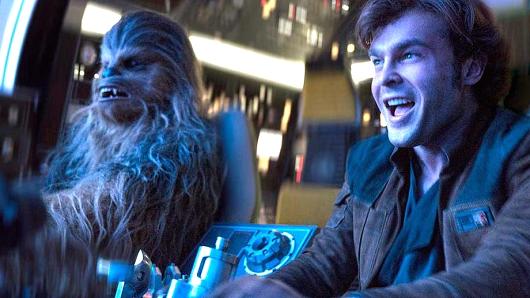 May 28, 2018 | Lucasfilm and Disney are facing a moment of reckoning. Solo: A Star Wars Story‘s initial performance marks a rare loss for Disney. Moreover, it is forcing the studio to reexamine its strategy for the iconic Star Wars franchise, which Disney took over when it bought Lucasfilm for more than $4 billion in 2012. Most box-office analysts say the main problem is the fact that Solo debuted just five months after  The Last Jedi hit the big screen, resulting in a clear-cut case of audience fatigue with the  extended universe.