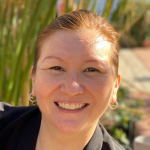 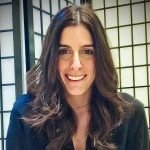 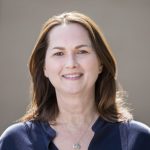 Join (l. to r. above) Paulette Pantoja, Founder and CEO of Blu Digital Group; Nelly Voukaki, Co-Founder & Vice President of Looper Insights, and Teresa Phillips, CEO & Co-Founder of Spherex when they discuss their career paths, share challenges and triumphs that led to them becoming founders of successful companies, and offer advice to others interested in starting their own business. 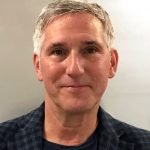 Paulette Pantoja is Founder and CEO of Blu Digital Group, which provides innovative digital supply chain software and services to the media and entertainment industry.  Since founding the company in 2007, Paulette has helped Blu Digital Group play an increasingly influential role within the industry by focusing on post-production workflow optimization and distribution of film and television content. Paulette holds a patent in an online quality assurance and project management system. She earned a BA in Film and Television from UCLA and an MBA from Pepperdine University’s President and Key Executive program. Paulette also graduated from the Executive Program at UCLA Anderson School of Management and the Goldman Sachs 10ksb program.

Nelly Voukaki is Vice President of Customer Success and Co-Founder of Looper Insights. She has more than 15 years of experience in content licensing, distribution, and client management in broadcast and digital media. Her broad array of roles has covered Customer Success, Business Development, and Marketing, and she holds an MA in Interactive Media from Goldsmiths College London.

Teresa Phillips is co-founder and CEO of Spherex, a global data and technology company that is pioneering the culturalization of media for international distribution of film and television. Prior to Spherex, Teresa founded venture-backed company, Graspr. She has held executive positions at both Yahoo! and Time Warner leading teams in product, operations, and data science. Teresa earned her leadership stripes while serving in the U.S. Army at NATO and the Pentagon. She has a Bachelor of Science degree from James Madison University, is a member of the OTT.X Leadership Committee, sits on the advisory board for the Entertainment Globalization Association, serves on the DEG Canon Club Advisory Board, and was named one of Variety’s 2021 Innovators to Watch and one of Silicon Valley Business Journal’s Top Women of Influence.