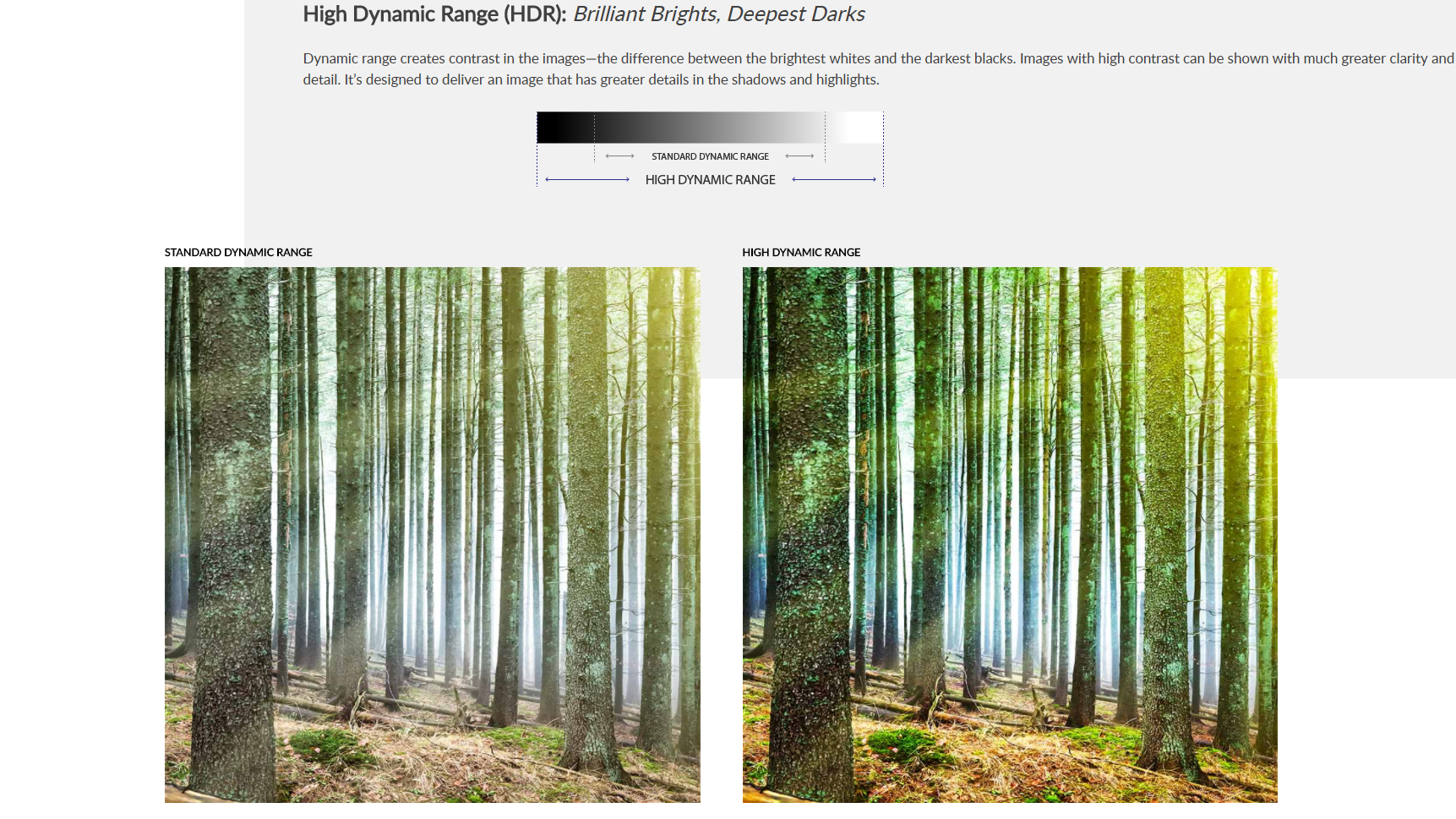 By Greg Tarr
Special to DEG

High dynamic range (HDR) is here and its poised to change forever, and for the better, the picture quality we’ve come to expect on our television screens.

Only three years into the launch of the first HDR-capable displays, sales are achieving significant momentum, even as overall TV unit shipments are in decline.

Importantly, this new technology launch has the potential to help sustain profitability from both hardware sales and 4K Ultra HD software, in both digital and disc forms. But to ensure this opportunity isn’t missed, various industry stakeholders are stressing the importance of effectively promoting the primary benefits of HDR to consumers.

Bob O’Brien, co-founder of Display Supply Chain Consultants (DSCC), recently revealed the findings of a consumer survey indicating as much as 20 percent of TV purchasers believe they have an HDR television set. Yet, comparing that assessment to CTA shipment data suggests the actual number is closer to 5 percent, he said.

O’Brien said that although the findings show consumers are aware of the term HDR, they really don’t get it.

“Education is the key, and it involves getting a consistent message to consumers at the point of sale,” Gagnon said. “Retailer education is important, but more so, I think there is some opportunity for the content community to do more to educate consumers about HDR and the benefits.”

Today, most televisions measuring 55-inches and larger have 4K Ultra HD resolution, and HDR support is becoming similarly ubiquitous, although at varying levels of performance.

Dan Schinasi, spokesman for the Ultra HD Alliance (UHDA) and the Blu-ray Disc Association (BDA) and product planning director for Samsung, agreed with Gagnon saying: “Certainly early adopters and the tech-savvy understand the benefits of HDR, but we need to expand educational efforts to ensure all consumers are aware of the benefits. To successfully achieve objectives, cross-industry alignment is required.”

Schinasi said the BDA and UHDA have developed a range of educational assets (with more in the pipeline) to educate consumers and retailers. One example is the UHDA microsite. www.experienceuhd.com. UHDA also recently appointed industry veteran Mike Fidler to the newly post of president, a role in which he is expected to focus on increasing Ultra HD brand awareness, driving new consumer education initiatives, and facilitating the expansion of Alliance certification and logo programs into other categories of hardware and content.

Tim Alessi, LG Electronics senior director of product marketing, opined, “As industry manufacturers, we need to educate the public and I think as an industry we need to do it as well.”

“There are already efforts underway,” Alessi said. “But consumers don’t seem to be aware that it is out there.”

And what is HDR? According the UHDA: “Dynamic range creates contrast in images—the difference between the brightest whites and the darkest blacks. Images with high contrast can be shown with much greater clarity and detail. It’s designed to deliver an image that has greater details in the shadows and highlights.”

Of course, pictures convey this better than anything, and the UHDA site provides a still frame in standard dynamic range and HDR side by side. Retailers and manufacturers need to ensure the full-motion video experience is also prominently available with demonstrable 4K HDR content in stores to reinforce the impression.

One thing most of the experts agree must be avoided is the perception of a format war as newer profiles and variations of HDR begin to emerge through firmware updates. As many as six different HDR formats have been proposed and the top three are now supported in various products on the market. Each of these profiles bring specific benefits, but often many of those extras are of more importance to broadcasters and content producers than consumers. Fortunately, the baseline benefits consumers will see should play through all Ultra HD Blu-ray players and streaming services for playback on current-generation HDR TV sets.

With luck, a properly delivered unified HDR message can and should go a long way in driving new industry growth for all.