DEG Elects New Board of Directors for Its 25th Year

Posted at 21:00h in DEG News by Marcy Magiera
Share

August 9, 2021 | LOS ANGELES – DEG: The Digital Entertainment Group, formed in 1997, is entering its 25th year as the home entertainment industry’s leading trade association with a new board that reflects the growing diversity of the group’s membership. 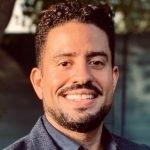 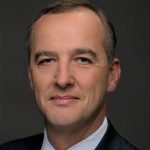 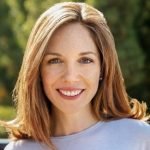 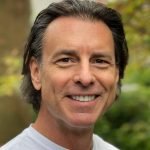 The Board also includes two seats representing DEG’s two Alliances, the D2C Alliance (D2CA) and the new Advanced Content Delivery Alliance (ACDA), which play increasingly important roles in focusing DEG membership for the future and broadening the organization’s membership. The Board D2CA Director is Alison Hoffman of STARZ, another new DEG member company in 2021. The ACDA Board Director is Jeremy Settle of AT&T.

The Officers of the DEG Board were elected to a two-year term in 2020 and will continue to serve through July 2022. Officers include Chair Jim Wuthrich of WarnerMedia; Vice Chair Dan Cohen of ViacomCBS Global Distribution Group; CFO Andrea Downing of PBS Distribution; Secretary Rick Hack of Intel; and Chair Emeritus Matt Strauss of Peacock.

“I’m delighted that the Board reflects the full breadth of the digital entertainment ecosystem,” said DEG Chair Jim Wuthrich, President, Home Entertainment and Content Licensing, WarnerMedia. “This is a highly engaged group focused on growing their own businesses and the industry as a whole through improving consumer choice, experience and value.”

In a move to meet the needs of its growing and increasingly varied membership, DEG also has made two key staff appointments: Marcy Magiera has been promoted to Executive Director of the group, from Director, Communication and Events, and Jean Levicki has joined DEG as Director, Community & Member Programs.

“We welcome all of our new DEG Board Directors and are thrilled about the expanding participation of advanced content delivery and direct-to-consumer companies,” said Amy Jo Smith, DEG President & CEO. “I’m grateful that they see the value of membership in DEG, which has been working harder and smarter than ever since last year to provide our members increased opportunities for business collaboration, education and networking. Marcy’s promotion and Jean’s addition to the staff reflect our renewed commitment to meeting the needs of our membership at this dynamic time.”

DEG BOARD OF DIRECTORS