Posted at 16:58h in Industry News by Marcy Magiera 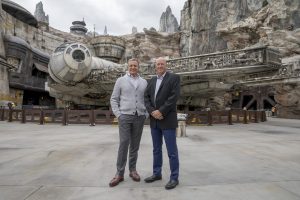 March 10, 2020 | Days after Bob Iger’s Feb. 25 resignation as CEO of Disney, the surprise move is still stuck in Hollywood’s craw like a piece of gristle. “I still can’t get my brain around the abruptness,” says a top executive. Having talked through the several theories floating around, he says, “None of it adds up to me.”

Veteran Wall Street analyst Hal Vogel agrees. “It was very unusual to come out with an announcement at 4 o’clock [Eastern] the day that Disney was being pounded in the market,” he says.

The stock price has dropped sharply since then, which may provide hints about the reason for the hurry.