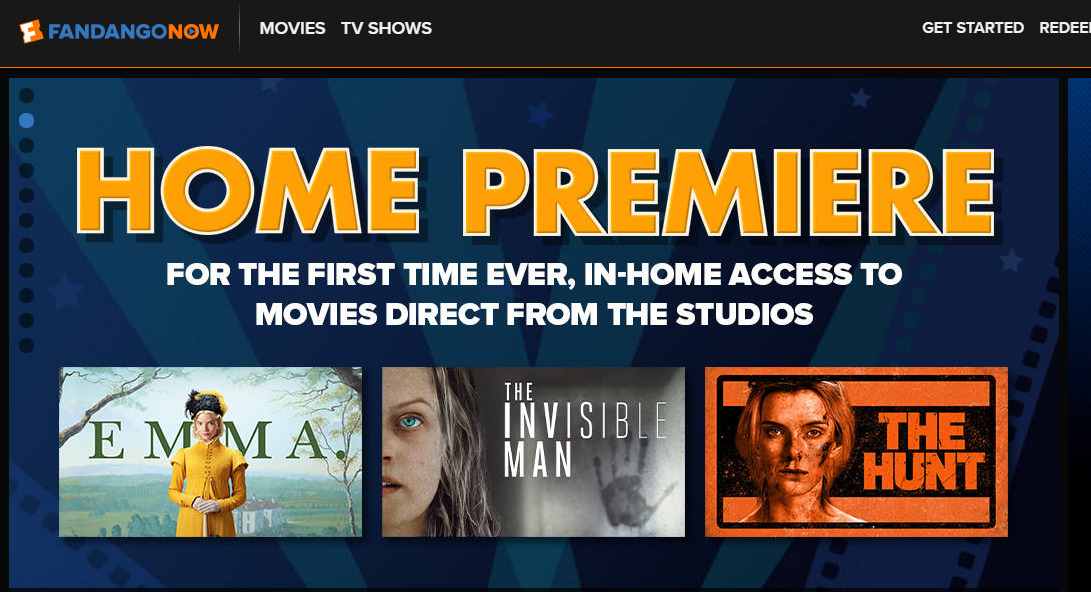 March 23, 2020 | Over the weekend, Universal Pictures’ “The Invisible Man” and Walt Disney Co.’s “Onward” were the two most popular movies to buy or rent on FandangoNow, an online service. Both were supposed to be exclusively in theaters for the next several weeks, but those plans were upended when most of the 40,000 U.S. theaters closed due to the outbreak.

Studios are hoping to recoup some of the lost business by giving viewers quarantined in their homes an early opportunity to watch new films. That means practically every first-run movie, including “Birds of Prey,” from AT&T Inc.’s Warner Bros. and Sony Corp.’s “Bad Boys for Life,” will be accessible to everyone with a TV, internet connection and $20.