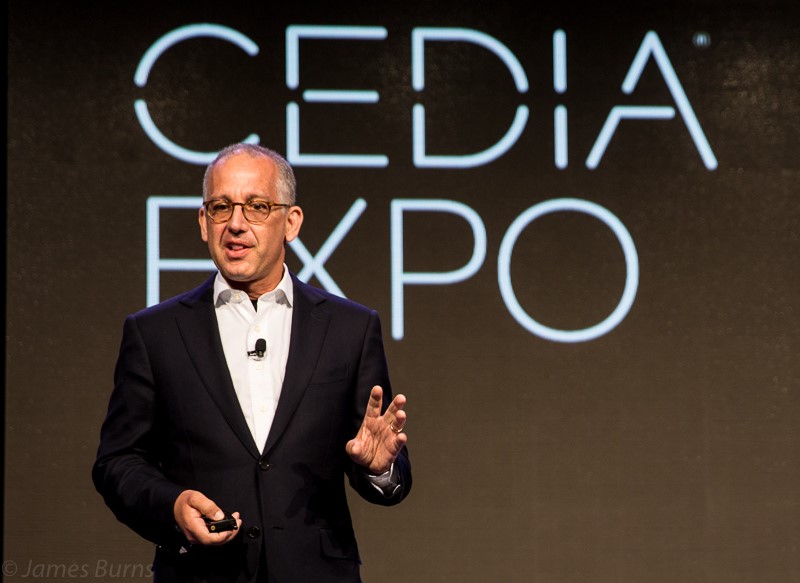 September 6, 2018 | The invasion of the IT industry into the entertainment industry is rapidly shifting the media environment, and it creates a substantial opportunity for custom integrators to capture cord-cutters. That was the over-riding message from John Penney, executive vice president of consumer development & strategic partnerships at 20thCentury Fox, who spoke as the opening keynote speaker at CEDIA Expo 2018 in San Diego.

According to data presented by Penney, Google, Facebook, Amazon, and Netflix are effectively reducing the traditional advertising-based business model of the television entertainment industry. The IT giants are using a combination of subscription-based monetization techniques along with data collection to force longstanding media giants like Disney, Fox and Time Warner to adapt in the face dwindling revenues.